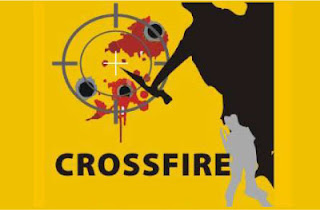 Deceased Bidhan Chandra Biswas, 45, son of Niranjan Chandra Biswas of Munuria village of the sadar upazila, was the Khulna region chief of the outfit, according to police.

Iqbal Bahar Chowdhury, officer-in-charge (OC) of Jhenidah Sadar Police Station, said a patrol team of Rapid Action Battalion heard a gunshot in Shamashpur village around 3:30am. They informed the sadar police of the matter and jointly launched a drive and found the members of the outlawed organisation holding a “secret” meeting.

Sensing exposure, the outlaws opened fire on the law enforcers prompting them to retaliate, said the OC, adding that at least 20 gunshots had been exchanged during the 25-minute conflict. He said when the outlaws fled the scene, police found Bidhan bullet-hit on the spot.

The daily star reported through its Jhenidah correspondent, referring OC Iqbal Bahar that “The man was rushed to Jhenidah Sadar Hospital where the doctors declared him dead,” did not verify whether he was dead before reaching hospital or not. The body was sent to the sadar hospital morgue for an autopsy.
Posted by Bangladesh Media at 9:44 AM