Back from extra judicial killings camp & challenge to Bangladesh government 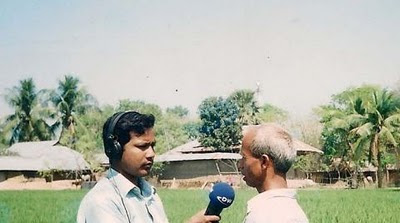 By Jahangir Alam Akash: How I came back from the extra judicial killing? How I tolerate the brutality of Rapid Action Battalion (RAB) in an army torture camp? How I was hang there for 15 hours with blind folded by a towel and a black mask? What was my fault? Why and what did RAB with me? Many other questions regarding the human rights, rule of law, judiciary, politics and the journalism of Bangladesh; you can find in my article which I would like to write now for the readers and national-international community. Dear valuable readers, you can find the real Bangladesh including my torture history, other human rights violations, extra judicial killings, politics and the minority persecutions in Bangladesh in my book "PAIN" which has published from USA. Here is the Amazon link of Pain: http://www.amazon.com/Pain-Jahangir-Alam-Akash/dp/1456858025